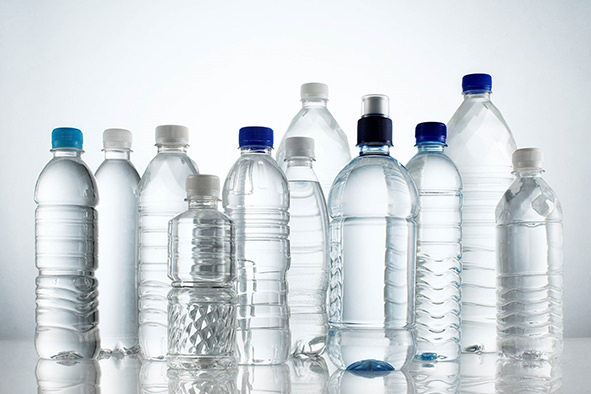 Even a cursory trawl on the internet will highlight issues, such as claims that in some circumstances phthalates can ‘leak’ into drinks.

However, that many of the concerns stem from hoaxes is borne out by claims from Cancer Research UK in early 2015 that hoax emails were ‘doing the rounds’, warning of the dangers of plastic bottles, especially those left in hot cars or those being re-used.

So we decided to get it from the horse’s mouth, as it were, and contacted the British Plastics Federation (BPF) to set matters straight.

What’s more, BPF spokesperson Matt Davies of Industrial Issues Executive says, ‘PET does not contain any phthalate plasticisers, despite sometimes the confusion as its polymeric name contains the word ‘phthalate’. He continues: ‘Phthalates are made from ortho-phthalic acid and are often low molecular weight, compared with PET, which is a high molecular weight polyester synthesised from tere-phthalic acid. As stated on our webpage, phthalate plasticisers are primarily used in the manufacture of PVC to make it more flexible.

‘With regards to phthalates, it is important to understand that the term ‘phthalates’ covers a large family of substances. Each substance will have differing properties, with many of the phthalates that have been used in commerce for many decades having extensive toxicology and use dossiers available.

‘The European Commission’s regulatory classifications with regards to phthalates concern four members of the phthalate family that have been shown to have reproductive toxicity. Other phthalates, including those of high molecular weight [i.e. PET], have also been widely studied and do not have these classifications.

‘It’s important to note also that those phthalates that do have reprotoxic classifications – DEHP (Di-2-ethylhexyl phthalate), DBP (Di-butyl phthalate), DiBP (Di-isobutyl phthalate) and BBP (Butylbenzyl phthalate) – the effect is subject to a threshold limit. (A level has been set below which effects are not observed and additional margins of safety are also applied.)

‘The toxicity dossiers for the above regulated phthalates are all publicly available on the European Chemicals Agency (ECHA) website. The four phthalates that are regulated by ECHA are done so under REACH legislation and the Restriction of Hazardous Substances Directive.’

At Arcadia we like to make sure our clients are protected when using promotional products and therefore will always offer consultative advise on all matters merchandise.